When we moved in, it was boring.

I thought it was blah from the get-go even when we were installing it. We bought a stacked stone concrete form that was supposed to be black.  It looked more gray and wasn’t what I wanted.

Given our house maintenance budget is limited month to month, we have to break this up into two projects.  Here’s the fireplace project – part 1!  We’re focusing on the brick work first.  The gray part is the concrete board instead of regular drywall due to the heat this baby puts off.  We didn’t have it done in time for it to be mudded by the drywall installers so it has this terrible seam now from where we tried to tie it in.  This was the perfect spot for a splash of shiplap to pay homage to the modern farmhouse in our rural area.

By the way, this was the first time I’ve ever installed this type of brick.  It had some boo-boos and the white drywall behind it was oh so noticeable in the daylight.  Plus, globs of glue from my helper ended up everywhere.  But anything is fixable.

I love shiny things.  Who doesn’t?

Have you ever seen sealed slate?  It looks wet and metallic.  I kept thinking I wanted to mimic it, but this is concrete.  First, I told the husband I wanted to paint the stone.  He was not on board.  He wanted to just seal it but when I tested that it was still too gray.  So, I got an extra piece of the stone and I painted it.  Then I set it by the ledge for a few weeks.  He came around, eventually.  I really wish he’d start trusting me without this step.  I bought this spray paint and it was definitely a winner.

We brought out the tarps and paper and taped everything up while kiddo was away for the night at a sleepover.  The brick took about five cans of spray paint (it’s five feet tall and seven feet wide at the front).  I got the worst headache later because the temps dropped too much to let the fireplace dry while the windows were open.  The stone is not totally “black” but it gained depth and character, and it’s perfect!  I was also able to hide the glue lines that were visible at the opening of the glass, which originally had this awful white line.  The paint at least makes it a little less noticeable.

Next up, Fireplace Project – Part 2.

When the weather warms up, we will install shiplap but not in the traditional pattern.  Let’s see if the husband goes along with the plan.  Stay tuned!

This site uses Akismet to reduce spam. Learn how your comment data is processed. 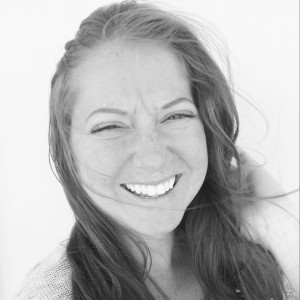 Hi there! I’m Steph. I am a city girl that wanted things to be more simple. I love all things crafty and trying to keep our minds and bodies healthy. Join me and my family on our journey living the country life!

Hello, Prairie is a participant in the Amazon Services LLC Associates Program, an affiliate advertising program designed to provide a means for sites to earn advertising fees by advertising and linking to Hello, Prairie. By purchasing from links provided, you don’t pay extra for an item but it does help keep the website going!

Products in the Shop

I love my essential oils. But not just *any* oils. Yes, my oily journey started with me buying them at the health foods store, because why wouldn’t they be safe, right? It’s a health foods store for pete’s sake!...Read More
Load More...